In Dutch-speaking countries the most important gift-giving saint arrives well before Christmas. On December 5th, the eve of the name day of Saint Nicolas (“Sinterklaas”, Santa Claus) families gather together and give each other presents. Traditionally, the presents are accompanied by poems and hidden in creative and funny wrappings (“surprises”). Naturally, these cultural, social, and family habits do not stand in the way of Sinterklaas being the most commercial holiday of the year, and advertisers using this period to target the most advertising at children. A Dutch study in Journal of Broadcasting & Electronic Media showed that more than 50% of children’s requests to Santa mentioned a heavily advertised brand name. The more television advertising children had seen, the more they asked for advertised brands. 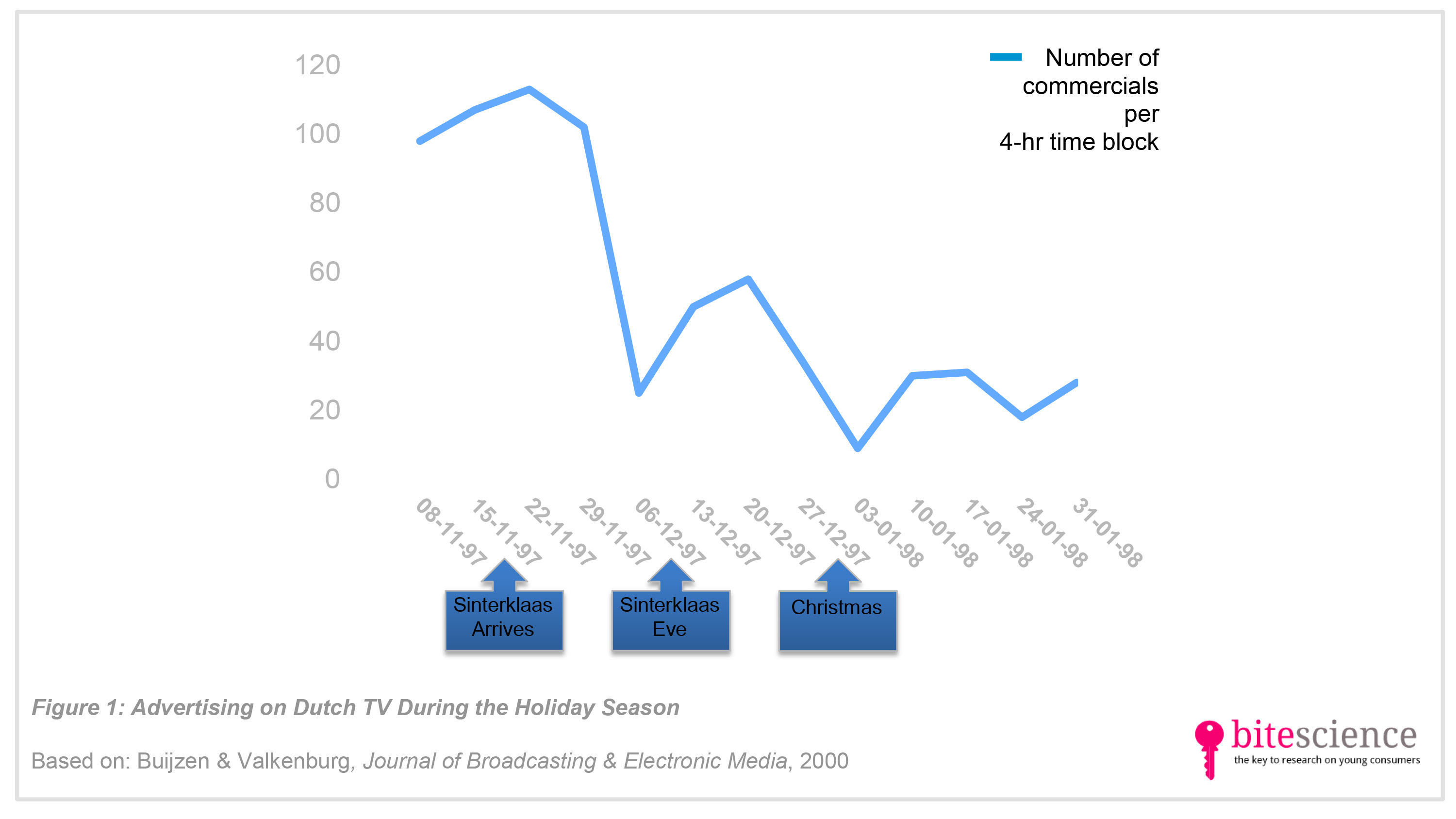